Steyerberg wants to become a central location for renewable energies

With only about 5,000 inhabitants, Flecken Steyerberg in the district of Nienburg wants to become a central energy location in Lower Saxony. On a former military site, green hydrogen is to be produced on an industrial scale with the green electricity from 12 wind turbines in the "H2art of Lower Saxony" project.

On his summer trip, Lower Saxony's Minister President Stephan Weil visited Steyerberg in the district of Nienburg on Tuesday, 05 July. There, on the 1,100-hectare former NATO forest site, a wind farm by the company WestWind Energy is to be built with 12 wind turbines that can generate up to 180 million kilowatt hours of electricity per year. The electricity will provide the base load for an electrolyser, but could also be fed into the grid, the organisers say. Additional electricity demand can be secured through the direct connection to the 380 kV north-south power line that transports offshore electricity to the south.

"Here we have the ideal triad of wind energy, biogas plant and the connection to the north-south electricity motorway. In addition, there is the favourable proximity to the future hydrogen start-up network, as planned in the gas network development plan," explains Christian Alvermann from the municipal economic development department."

The hydrogen is to be used locally. The local chemical plant Oxxynova plans to produce synthetic fuels and recycle plastic waste that has not been recyclable so far. In addition, hydrogen filling stations in the districts of Nienburg, Diepholz and Schaumburg can be supplied, as well as a planned hydrogen filling station for inland vessels on the Weser. A hydrogen storage facility is also to be set up on the site itself. The water required for this will be provided by four local waterworks.

Construction is scheduled for 2024. The capacity will then be increased in stages to 1GW of hydrogen.

Around 4 hectares of forest must be cleared for the construction of the wind turbines, which will be reforested. For the construction, already built-up areas will continue to be used, but also vacant areas where pine trees have already died due to drought. 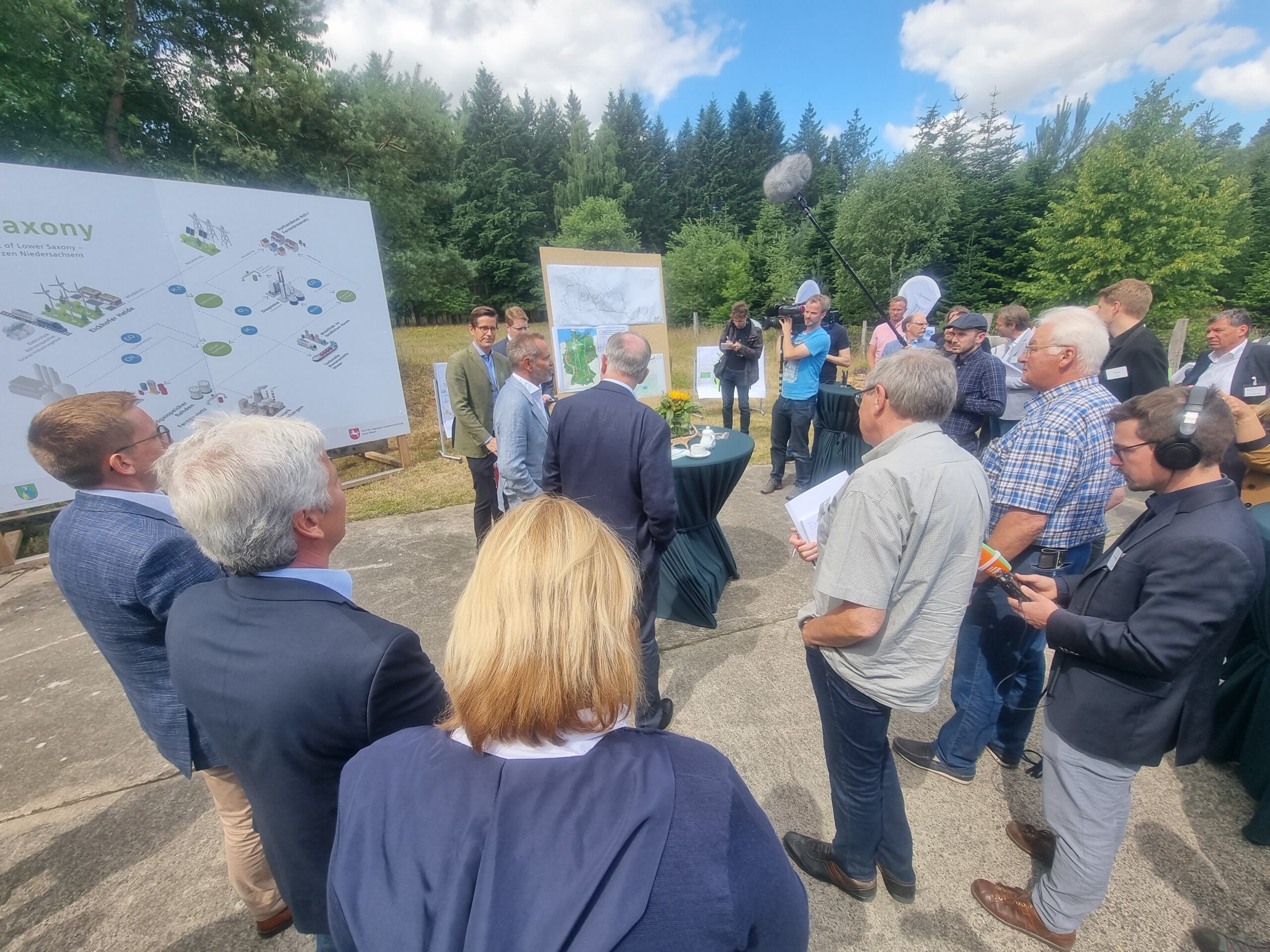