← In conversation with Tobias Moldenhauer from EWE. CHESS - Establishing a hydrogen infrastructure in the Wesermarsch region. → 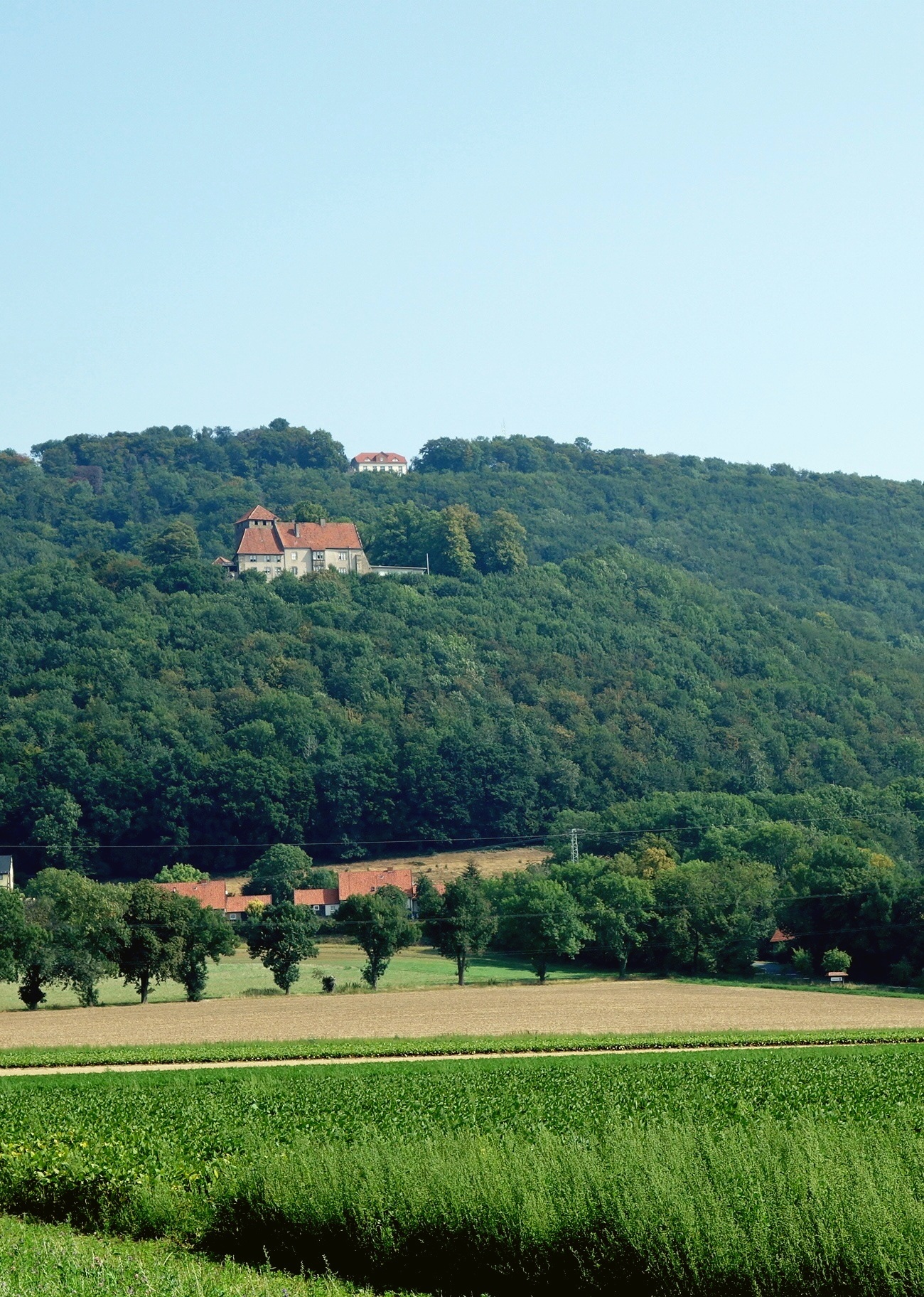 Schaumburg County has an eventful history behind it - especially when it comes to the energy supply of the former coalfield. For example, the region was already a "hydrogen region" in the 20th century - in the literal sense. This is because the "town gas" used in the region until the 1960s consisted of more than 55% hydrogen. The region therefore wants to return to its roots as an energy region - but now in the form of climate-friendly hydrogen, which is to be used in the mobility sector, for example. To this end, various hydrogen projects are being implemented in the district, for which the region has been promoted as a "HyStarter" hydrogen region by the German Federal Ministry of Transport.

The district of Schaumburg is home to one of the oldest coalfields in northern Germany - former mines and slagheaps still characterize the face of the region today. Accordingly, in the last century, Schaumburg was already an important energy region in northern Germany - distinguished by coal mining. At the beginning of the 20th century, a coking plant was built in the region, and with it a very dense gas network. During the coking of coal, volatile substances were produced - the so-called coke oven gas. This coke oven gas consisted of about 55% hydrogen and was subsequently also used as "town gas" in residential buildings. It was not until the end of the 1960s that a switch was made to operation with natural gas. Due to the well-developed infrastructure, gas still plays a major role as a primary energy in the region today - but new solutions are needed in the course of decarbonization. In order to be able to use the good infrastructure also in the context of the energy transition, the re-entry into a sustainable hydrogen economy was therefore identified as the best option.

Promotion as a "HyStarter" region

The Federal Ministry of Transport was also convinced by this idea, which promoted the Schaumburg district as a "HyStarter" region in 2019 - the first region in all of Lower Saxony. Subsequently, a hydrogen concept was developed that defines the most important projects in more detail. The focus is not only on the conversion of the energy system and the production of green hydrogen, but also on the logistics and mobility sector, which is formative for the region.

The mobility sector is in focus in Schaumburg County!

Even though the district is rather rural, there is a very good transport infrastructure in the region. For example, there are three central traffic routes: the A2 (Germany's busiest highway), the Weser River and the Mittelland Canal. In addition, there are several important rail connections that run through the district of Schaumburg, making mobility a central sector for Schaumburg. Nevertheless, a high development potential was still identified in the transport sector - especially with regard to the necessary decarbonization.

Due to its location on the A2, there are current and future opportunities to promote hydrogen mobility, particularly in the area of logistics. For example, the supply of hydrogen trucks is to be made possible initially by means of so-called swap containers, which enable a mobile supply of hydrogen. In the medium term, the establishment of an H2 filling station infrastructure in the region is then to be implemented. With the use of swap containers, the well-known "chicken-and-egg problem" can be circumvented, since initial hydrogen needs can be met before the first hydrogen filling stations are built. Martin Wilkening, hydrogen manager of the Schaumburg Energy Agency, emphasizes in this context: "Currently, I see the greatest potential for Schaumburg in the area of hydrogen mobility. Here we want to establish an initial value chain from regional H2 production to the first anchor customers. The challenge lies primarily in the development of large-scale projects for the generation of renewable energy, which are not a foregone conclusion due to the high population density and various restrictions."

In order to be successful as a climate-friendly hydrogen region, corresponding generation capacities are needed - for hydrogen, but also for the necessary renewable electricity. Since there is not a particularly high level of acceptance for wind energy in the region, the intention is to focus more on solar energy instead. To this end, it is planned to develop the roof area potential for PV in order to cover the majority of the region's own energy requirements. In addition, ground-mounted PV systems are to be installed, which can then be used for regional hydrogen production.

"The goal for Schaumburg is to make a decisive contribution to the emerging network of refueling stations along the main transport axes in Germany. Renewable energies are to be significantly expanded for this purpose by 2030, thus laying an important foundation for sustainable, regional hydrogen production.

In the industrial sector, too, initial approaches to transforming energy-intensive processes will probably have been realized by then and the Demand for green hydrogen increase accordingly. In addition, also innovative projects such as recycling organic waste, make an important contribution to an emerging hydrogen economy."

In addition, other regionally available sources are to be used for hydrogen production. In this context, the thermolytic recovery of hydrogen from residual materials is being investigated in particular. For this purpose, biological waste and sewage sludge, but also non-recyclable plastics in particular, are put to further use: In a reaction at about 850° C, the carbon chains of the residual materials are broken down, producingCO2 and hydrogen. After appropriate purification and processing, the gases can then be separated (CO2) or further utilized (H2). In this way, hydrogen can be produced with a low external energy input and material cycles can be closed. In addition, other generation processes such as pyrolysis and steam gas reforming (biogas) are also being investigated in the region.

This should gradually increase the availability of hydrogen in the region. In the future, the district therefore also wants to make greater use of the region's existing gas infrastructure as hydrogen availability increases. For example, the first hydrogen networks are to be created to supply residential neighborhoods and industrial sites. Connection to the long-distance hydrogen network infrastructure could take place from 2030.

A hydrogen infrastructure is gradually being built up in the district .

Another focus in recent years has been on creating contact points for interested parties and networking central players. To this end, not only was the Schaumburg Energy Agency founded, but a hydrogen control center was also set up.

Martin Wilkening emphasizes that the promotion as a HyStarter region has also provided numerous aids in this context: "Particularly valuable for me is the exchange of experience via the various networks, especially as a HyStarter region via the HyLand network. Suggestions and support for sometimes difficult challenges are elementary for moving forward in the complex hydrogen environment."

Martin Wilkening from EA Schaumburg presents the region's activities in more detail in the following video: 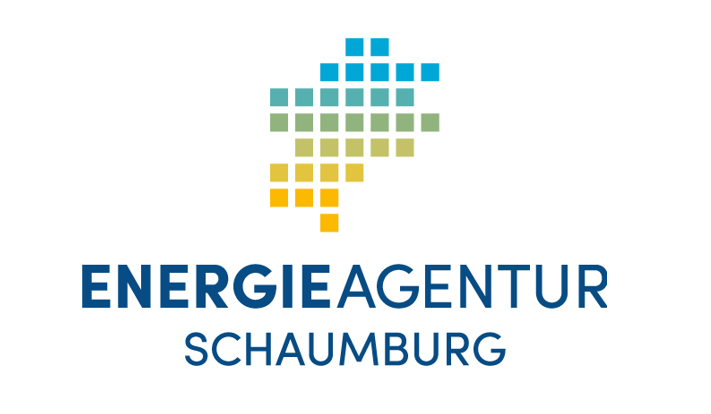